In my sophomore year of college, I took an Intermediate Fiction class taught by a young writer rumored to be the “Hipster Prince of Pittsburgh”. The class was like nothing I had experienced prior. Salvatore Pane, a prolific 27-year-old, taught with the technological savvy still new to English departments and the credential-backed confidence of someone twice his senior. Sal’s workshop atmosphere was casual, yet rigorous, and big on cutting the indulgent fluff from stories. In his class, I learned what it means to be a writer in an age when a new online publishing opportunity is born everyday, but the challenge of getting paid is ever-present.

Salvatore Pane is a writer to keep your eye on. His fiction has been nominated for the Pushcart Prize, Best of the Web, and Wigleaf’s Top 50 [Very] Short Fictions. In 2010, he won the Turow-Kinder Award in Fiction with an excerpt from his novel, Last Call in the City of Bridges, which is forthcoming from Braddock Avenue Books. His work has appeared or is forthcoming, in American Short Fiction, Hobart, PANK, Annalemma, BOMB, The Rumpus, HTMLGIANT, and The American Book Review. He currently teaches at the University of Indianapolis.

It’s been a year since I took Sal’s class and I was excited by the chance to catch up with him. I wanted to know how his new city has been treating him, and how on earth he came to write a book with “Kanye West” in the title.

HEALTHY ARTISTS: In your essay, “I Felt Like I Was Part of Something”, you ask students if they believe writing can be taught.  What did you take away from your own writing education as an undergraduate and then as an MFA student?
Sal Pane: As an undergrad, the primary lesson I learned was revision. My teachers were Gary Fincke and Tom Bailey, both fantastic writers in their own right. They really instilled in me the value of revision. I’d hand in a story, and they’d tell me it was crap and to start over. That really freed me. I knew I didn’t have to strike gold with every line. I could write forty pages to get to one good paragraph and then throw the rest away. I’m never married to my work now because of them, and I’ll never be able to thank them enough.

Grad school was also a very liberating experience. I was only reading Carver and Dubus and Yates and Mason and Munro when I arrived, and I pretty much scoffed at anything that wasn’t strict working class realism. Grad school blew up my conceptions of what fiction could be. University of Pittsburgh’s Chuck Kinder and then later Cathy Day and Irina Reyn really exposed me to all this weird fiction that shaped and refined my writing. After undergrad, I felt very fenced in, like there was only one story worth telling. Grad school stripped that all away.

Do you think it’s important for contemporary writers to be technologically savvy? How do you use the internet to better your practice as a writer in the 21st century?
The writing world is so small now, and I think it’s a young writer’s duty to engage in the critical discussion happening online. You need to seek out lit blogs like The Rumpus and The Millions, and you have to champion work you love. Write reviews. Go to readings. Buy books directly from the publishers. There are so many people online who care about words, and I don’t understand writers who don’t want to join that world. I would be so depressed if my exposure to the writing world consisted of writing on my computer and then sending out my pieces to the traditional journals. What a sad way to work. It doesn’t have to be that way anymore.

However, as far as actually bettering my writing goes, I’m not sure technology has had that effect for me. The internet is such a distraction, and the only thing it’s helped me with is research. Google Maps is especially useful when writing about a place that isn’t where you live.

You have a chapbook coming out called #KanyeWestSavedFromDrowning.  How did you come up with the title?  Why Kanye?
The title is a play on the great Barthelme story called “Robert Kennedy Saved From Drowning.” The story itself came out of an exercise in Cathy Day’s class where we had to ape another writer’s style. I tried Barthelme and swapped in Yeezy. I love pretty much everything about Kanye West. I think he’s a musical genius and My Beautiful Dark Twisted Fantasy is the greatest artistic achievement anyone in my generation has so far produced. He sums up everything about this generation. He’s narcissistic and arrogant and savvy and conflicted, yet he’s totally insecure about finding his place in the world. He wants to better himself. He’s relatable. He’s Shakespearean. 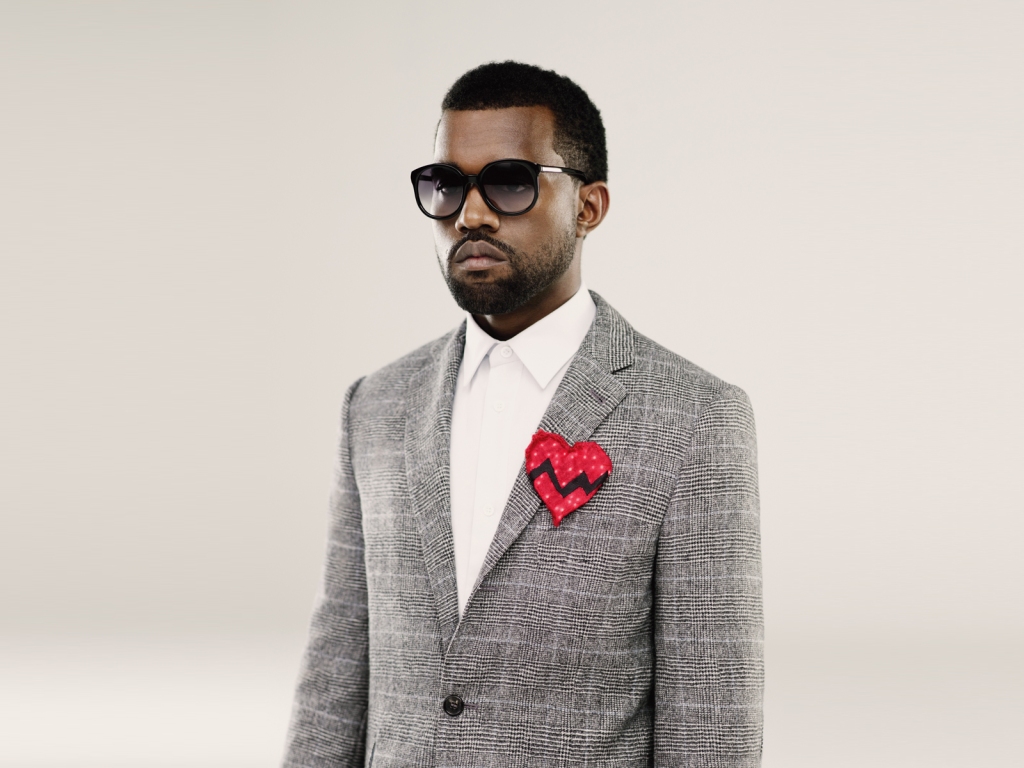 What writers intimidate and inspire you?
The last book I loved was Nabokov’s Pale Fire. It blew me away. It’s this epic poem and commentary mash up that becomes this mind-blowing novel. It’s multi-layered and complex and just shatters any ambition I could ever have. I feel this way when I read lots of writers. Lorrie Moore. George Saunders. Etgar Keret. You just have to try and make yourself feel like you’re not competing against them. You can only do the best you can do. If Lena Dunham gets a three million dollar advance, good for her. Her book doesn’t affect my book. Another writer succeeding doesn’t mean you’re going to fail.

When does a story you’re working on feel truly finished?
I know I’m done with a story when I start switching the same things back and forth, like one adjective to another, or I move a comma here, then I move it over there for emphasis, then back. When I stop revising and fall into tinkering, that’s usually when I’m done.

Why’d ya leave Pittsburgh?
I moved to Pittsburgh in 2007 to attend the University of Pittsburgh’s MFA program. I was adjuncting around town, teaching at Pitt and the smaller colleges, and the work was really rewarding, but the pay was just utterly brutal. Most of my students probably had a better hourly rate than I did, and driving back and forth between multiple campuses a day really took a toll on what I was able to do inside the classroom. Pittsburgh writer, Dave Newman, just wrote a book about the difficulty of being an adjunct called Raymond Carver Will Not Raise Our Children. It’s on the top of my to-read list.

This past summer, I landed a full time job at the University of Indianapolis and I couldn’t be happier. The faculty here are so supportive of me, and I’m just beyond lucky to be part of this community.

So the lit community is poppin’ over there?
It’s beyond poppin’. Vouched is here. Vouched! There are readings all the time. Michael Martone was here last week. The week before that Amber Sparks and Scott McClanahan. I could not be happier about the lit scene in Indianapolis. I’m extremely lucky to have such an amazing community that supports me.

According to famous rebel-writer, Chuck Kinder, you became the “Hipster Prince of Pittsburgh”.  Any idea how you came to be graced with this title?
Wow. I’m not exactly sure Chuck’s definition of a hipster meshes with the one most people use these days. I listen primarily to rap music and spend most nights playing my Nintendo from 1985. I’m not a big fan of indie bands or clubs. Do cool people still go to clubs? I don’t even know anymore. I’m a nerd who reads comic books.

At some point, I frequented almost every bar in Pittsburgh, and I think Chuck thinks this made me cool. I don’t know. I’ll take it. Chuck’s the coolest guy ever. At his birthday party last week, he gave me a James Dean tie. I’ll take any compliment Chuck gives.

What do you miss most about Pittsburgh?
I miss my friends, and the public transportation system, and the Mattress Factory, and the Squirrel Cage, and the tacos at Cantina. I’ll always love Pittsburgh though and think of it quite fondly.

What advice do you have for other writers trying to make a living doing what they love?
It’s hard. It’s so hard. And there were times when I didn’t have insurance, and I had no idea how I was going to pay bills, and I just had to max out my credit card and hope that something would eventually work out. This is hypocritical for me to say, but so many writers get sucked into the idea that they must teach to become a writer. Only teach if you love teaching. I absolutely adore being in the classroom with students. I love it. But if that’s not for you, don’t get a 50 hour-a-week job adjuncting when you could make a lot more at Target and leave your job at work at the end of a shift.

So you’ve struggled some with access to affordable, quality health care?
Yes. This was my life for my entire grad school/adjuncting experience. I eventually got health insurance, but I was utterly stunned to go to the doctor’s when I had the flu and discover I could barely cover the co-pay. I just had enough afterward to pay rent. The insurance was almost useless considering how little I made. So I basically didn’t go to a doctor for five straight years. It was horrendous. The health insurance crisis in this country is terrifying and embarrassing.

What would you like to see from the US health care system in the future?
I’d like to see the right and left come together and work on something that actually benefits the American people and not corporate interests.

What are you working on now and how can we learn more about your work?
I’m currently working on a second novel about a love triangle between fallen superheroes set during the summer of 2001. Feel free to check out my blog, www.salvatore-pane.com, or add me on Twitter or Facebook.