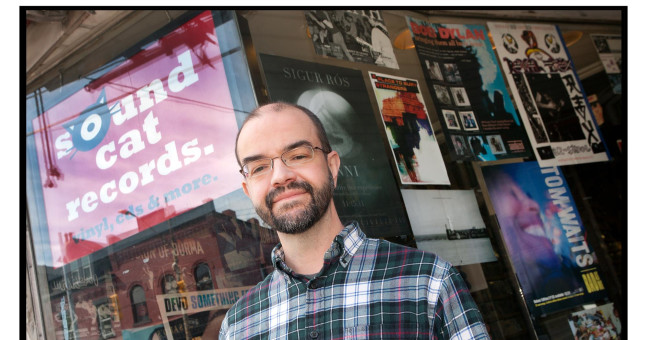 Karl Hendricks is a hero and icon of Pittsburgh’s music/literary/arts scene.  Maybe you’ve heard him play with his band The Karl Hendricks Trio, signed to MERGE,  had a writing workshop with him at the University of Pittsburgh, or stopped by his record store Sound Cat.  He’s also a father of two and one of the kindest dudes in rock ‘n’ roll you’ll ever meet.  Consider making a donation to help him with the financial burden of oral cancer.

From the Technology Tell article by Joe Paone:

Like most indie rock musicians, Karl doesn’t have much to show financially for all of his great work. It’s always been pretty obvious that he hasn’t continued playing music all of these years for the money. He’s an artist to the core. He can’t help himself.

Karl’s friends are trying to raise money for his continued treatment. The great Jon Solomon of WPRB and Comedy Minus One Records is spearheading the effort, which has a GiveForward page set up for donations. Not only can you donate there, but you can also find information about some benefits that will be held on Karl’s behalf in Pittsburgh and Columbus.

If you’ve got a few extra bucks lying around and would like to help a true artist and a great person who’s in need of support during a difficult time, please give generously. For all the pleasure and enjoyment he’s given so many over the years, now’s a good time to give back to the man himself.